Your Thyroid Gland: Small but Mighty 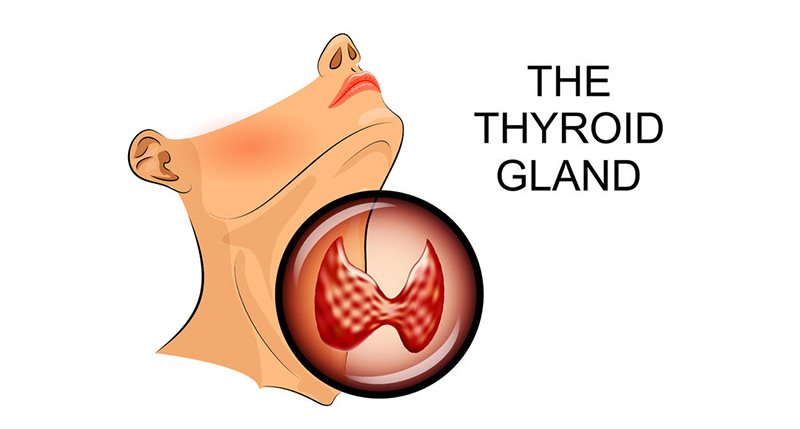 Your thyroid is a small, butterfly-shaped gland at the base of your neck, but don’t let its size fool you. The thyroid is responsible for a lot―think of it as an air traffic controller who makes sure all the planes land and take off on time. The thyroid regulates everything from appetite and energy levels, to heartbeat and body temperature. Because of this, thyroid health is critical, and yet today more people suffer from thyroid disorders than ever before.

An estimated 20 million Americans have a thyroid disorder, but alarmingly almost 60% of those disorders are undiagnosed. This is because the symptoms of a thyroid disorder are common symptoms of other ailments, so a malfunctioning thyroid isn’t always considered as the underlying culprit. Women also tend to suffer at a disproportionate rate, with some estimating that 1 in 8 will suffer from a thyroid disorder at some point in their lives.

Common causes of hyperthyroidism (producing too much thyroid hormone) are:

Common causes of hypothyroidism (producing too little thyroid hormone) are:

Symptoms for both types are far-ranging, and although a single symptom might not indicate a thyroid disorder, if you have several of them, it’s worth talking to your health care professional about testing.

Thyroid disorders can affect a woman’s ability to become pregnant. This is because issues with the thyroid create menstrual cycle irregularities, which affect ovulation. Hypothyroidism can also cause a woman’s body to make more prolactin, the hormone needed to produce breastmilk. Too much prolactin can inhibit ovulation (this is the basis for the decidedly untrue rumor that you can’t get pregnant while breastfeeding).

Some women develop thyroid disorders while pregnant or in the six months after giving birth. Known as postpartum thyroiditis, symptoms often mimic “baby blues” or postpartum depression. If you’re experiencing anxiety, fatigue, insomnia or irritability, make sure to discuss the possibility of thyroiditis with your doctor. It is not known why some women develop thyroid conditions after giving birth while others don’t. Luckily, for most women, symptoms disappear within 12 to 18 months, although some do develop permanent conditions.

It’s also important to note that serious, untreated thyroid issues during pregnancy can have devastating effects on the baby and mother, including premature birth, preeclampsia, low birth weight, miscarriage and stillbirth. However, it can be difficult to diagnose a thyroid disorder while pregnant, because thyroid hormones are increased during pregnancy and symptoms are often the normal symptoms of being pregnant. If you have had any previous problems with your thyroid or if there is a family history, it is important to discuss it with your doctor early in your pregnancy.

It may seem like an overwhelming list of symptoms and diseases, but most thyroid conditions can be effectively managed either with medicine, holistic care or both. We’ll discuss treatment and prevention of thyroid disorders in our next post.

Your Thyroid Gland: Small but Mighty
Tagged on: gland    thyroid