Heavy Metal Toxicity: Are You At Risk? 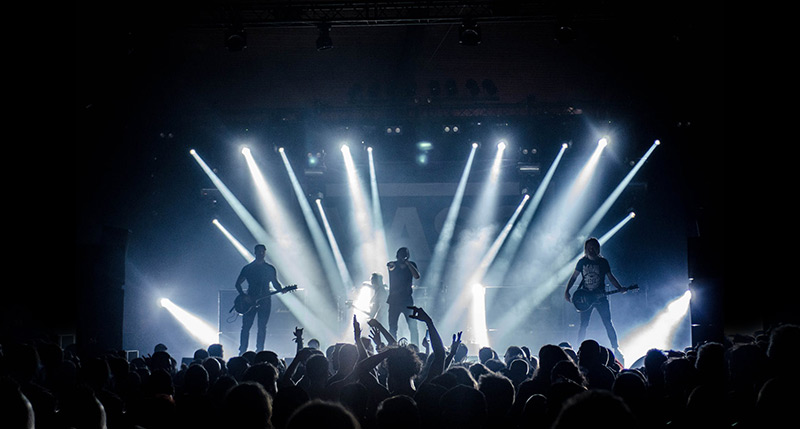 For many of us, the term “heavy metal” conjures up images of long-haired rockers wearing thick eyeliner and dark clothes, but heavy metals are naturally occurring elements that can accumulate in our bodies due to the foods we eat, environmental pollution and the personal care and cleaning products we use.

What are Heavy Metals?

Heavy metals earn their name because of a high atomic weight and density that is at least five times greater than water.

The group includes arsenic, lead, mercury, cadmium, aluminum, nickel and others. These elements are found all over the world; they permeate the earth, our food supply, and our water. There is no way to avoid them completely. Though we don’t intentionally ingest them, heavy metals are present in all of our bodies simply because of the environment we live in.

However, exposure to these elements, even in low concentrations, can be very dangerous because heavy metals replace beneficial minerals such as zinc and iron on a cellular level and cause cells to malfunction. The presence of heavy metals in our bodies can impact cellular respiration and our cells’ ability to reproduce effectively. Even at low levels they can cause multiple organ damage and DNA damage.

Fat cells often absorb heavy metals, trapping them inside of our bodies. Not only do heavy metals accumulate and linger for decades, but also the side effects from carrying toxic levels of heavy metals can be dire.

What Problems Do Heavy Metals Cause?

Heavy metals affect numerous biological systems, and the symptoms of toxicity range greatly. While some people experience low energy, mood disturbances and cognitive changes, others may display no symptoms at all for many years. On the inside, though, the body’s major systems are bearing an increasingly heavy load.

As heavy metals reach toxic levels, the effects grow more concerning. Mental abilities may decline, and damage occurs to the central nervous system as well as vital organs including the heart, kidneys and liver. Heavy metals are considered to be human carcinogens; studies show a correlation of toxicity levels and cancer in both humans and animals.

If exposure continues, and the heavy metal load continues to grow, the constant weight of these environmental elements trapped in the body can lead to physical, muscular and neurological degeneration. For example, mercury is a known neurotoxin that collects in spinal and brain tissue and can cause neurological problems. Lead can negatively impact a child’s developing nervous system, contributing to behavioral and learning disorders.

Chronic fatigue, brain fog, autoimmune diseases, digestive issues, fibromyalgia, depression, anxiety and insomnia may be caused or at least worsened by too many heavy metals.

Because the symptoms of aging often mimic those of heavy metal poisoning―less stamina, memory loss, aches and pains―many older adults may mistake their symptoms as a natural part of the aging process. While growing older may be partially to blame, heavy metals are often a contributor. At its worst, heavy metal toxicity can resemble Alzheimer’s, Parkinson’s or multiple sclerosis.

Are You at Risk?

Researchers have identified at least 23 different environmental metals that can contribute to heavy metal toxicity, or “poisoning,” including mercury, lead, arsenic, cadmium, aluminum, nickel and others. Not everyone is equally exposed, and tolerance levels differ by individual.

Some of the highest risk factors for heavy metal toxicity include:

You can also carry heavy metals passed down in utero from mother to baby, so even family history plays a role.

Curious about your body’s specific heavy metal load? Hair analysis and blood tests are widely available if you suspect you may be suffering from heavy metal toxicity.

Hope for the Future

With the abundance of heavy metals in our environment, is there any hope of actually escaping their toxic effects? Or are we raising our children in a world too toxic to tolerate?

The bad news is that kids likely have a higher risk for heavy metal toxicity than adults due to their smaller size and still-developing bodies. Some studies have indicated a connection between heavy metal exposure and behavioral challenges such as autism and ADHD.

Still, there is hope for a less toxic future. The human body is remarkably resilient, and the sooner heavy metal toxicity is addressed, the sooner the body’s systems can begin to recover.

Heavy Metal Toxicity: Are You At Risk?